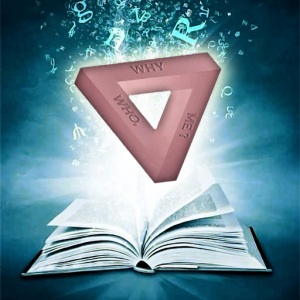 In the pre-internet days (and, for younger readers, we’re not talking about the Middle Ages) finding information on anything was a much harder proposition than it is today. For those of us, say, who wanted to learn about the art and craft of creative writing, about our only choice was to subscribe to one of the monthly magazines that promised to help aspiring authors climb the forbidding mountain that was “Publication”, albeit one rather precipitous step at a time.

These magazines – usually rather worthy and not very well designed –  were comprised mostly of “how-to” articles (of varying usefulness), the occasional author profile (sometimes helpful) and numerous advertisements for what was once known as Vanity Publishing (completely useless). Most of all, though, they peddled Hope: they made the seemingly impossible task of becoming a published author appear – if not easy – then at least possible.

And one way of getting published was to enter the short story competitions that were a staple of these magazines. The nominal cash awards that accompanied a successful win were far less important than the chance of seeing your story in print, knowing that dozens – who knows, perhaps even hundreds (!) – of other subscribers would be reading your (now) prize-winning work.

Each month there would be a theme of some kind – perhaps it was to write a story from the point of view of a dog, or alternatively, you’d be provided with an opening line and all you had to do was write the rest of the story. It was a long while ago, and I no longer remember all the details.

Except for one time. And it’s one I’ll never forget.

It was summer – July, I think – and that month’s issue arrived just as I was about to head off on vacation for a couple of weeks. I had been writing without a break for months on end and had already decided that this would also be a holiday from words: I could read other people’s fiction, but I was not going to write so much as a postcard home. However, as I was setting off, I couldn’t resist flicking through the magazine briefly and noted that this month’s competition was to write a 2000 word story in which the first line of dialogue was: “Why me?”. Hmmm. Not particularly inspiring, but then the remits rarely were.

I thought no more about it. Until…

On the remote Greek island where I was enjoying my so-called “break” from words, the short story competition kept creeping into my consciousness, despite my every attempt to keep it at bay. And then one morning, I awoke from a dream with an image so striking that I knew I had to write it down.

A man, alone in his home, is awakened by a noise downstairs and goes to investigate. As he reaches the bottom stair, a huge hand shoots out of the darkness and pins him to the wall – a gun is pressed to his head and a voice whispers menacingly “It’s your time to die”…

To which, of course, our innocent homeowner has only one retort:

This image so preoccupied me that despite my promises to myself, I spent the rest of the vacation roughing out the story. Who was the gunman? What did he want? What had the homeowner done to deserve this? Was he really as innocent as he protested?

It soon become evident that these questions alone required more than a mere 2000 words to answer satisfactorily. So when I returned home, I started work in earnest on what would ultimately become my third novel, “Because It Makes My Heart Beat Faster”, which was later published in hardback by Simon & Schuster in the mid-nineties (and which has recently been re-published as an ebook by Mojito Press).

The novel received some great reviews, including a thumbs-up from the book reviewer of the UK’s premier broadsheet newspaper, The Times (of London) and a year later it was published in paperback

But here’s the thing. A few months after finishing the book I came across the issue of the writing magazine that had started the whole thing, and turning to the competition page, I was astonished to see that I had completely mis-read the guidelines for the short story competition.

The opening line of dialogue was supposed to have been: “Who, me?”

I had to re-read it several times before the weight of this finally sunk in. “Who, me?” said nothing to me, suggested nothing of note… it was completely forgettable. The only thing it could be, I thought,  was a reply to the equally uninteresting locution: “Hey, you…”

But “Why me?” – now there was an expression that had launched an 80,000 word suspense novel…

Looking back, it’s impossible to know if things might have been different had I read the guidelines correctly, but in my heart I suspect that the question “Why me?” buried itself in my subconscious in a way that the rather more anodyne “Who, me?” could never have done. Consequently, had I been in less of a hurry, had the magazine arrived perhaps a few days or even hours earlier, had I chosen to take it with me to read on the journey… well, then there might never have been a “Because It Makes My Heart Beat Faster”.

Needless to say, I am, to this day, extremely grateful for having made such a fortuitous mistake… 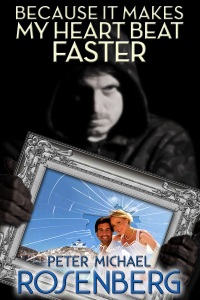 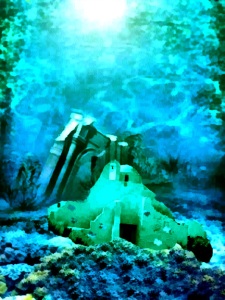 This is the question I’m most often asked when people find out I’m a novelist. And, as any writer will tell you, it’s a really difficult question to answer. For me it’s always been a bit of a mystery – ideas really do seem to pop-up out of nowhere. But every now and then, it’s possible to identify the exact time and place when an idea comes to you.

If you’ve read my latest novel IMPLICATED you’ll know it starts with the image of a man underwater, desperately trying to swim down to a ruined Greek church on the seabed. The man in question, Erdogan Denizli, is a crime scene cleaner in Ventura County, California, and, as you soon find out, he’s dreaming. Ah, you may wonder: why is a Californian crime-scene cleaner dreaming about a church beneath the sea?

If you’ve read the book you’ll know. But where did this opening image come from?

A few years go, I was travelling in Northern Cyprus. I stopped at a small hotel on a deserted rocky promontory, a long way from anywhere.

It wasn’t a very promising spot for a hotel – it was spread across both sides of the road and the “beach” was an uninviting rocky cove, accessed by a cement ramp: it resembled not so much a holiday resort as an abandoned quarry. And yet, there was something strangely appealing about the place. Was it the light? The remoteness of the location?

Or perhaps it was the erudite and charming Turkish Cypriot owner, Erdogan – a retired teacher from Istanbul – who made me feel so welcome.

I ended up staying for three weeks. During that time I got to know Erdogan reasonably well and one evening, asked him about how he came to build the hotel.

Years ago, he told me, he’d had a rather odd dream: he dreamt of a ruined church completely submerged beneath the sea. At the time he thought nothing of it.

On retirement, he was driving around Northern Cyprus looking for a place to build a hotel when he came to this rocky outcrop. For reasons he couldn’t explain, he knew at once that this was the place.

He built his hotel. The business thrived. Over the years he entertained visitors from all over the world including, on one occasion, a couple of Italian archaeologists.

One morning the Italians went diving and returned in a state of high excitement: just off the promontory, several metres below the surface, they had discovered the ruins of a Greek Orthodox church, completely submerged in the aquamarine sea…

Some years later I was watching a documentary about crime-scene cleaning. It was fascinating and I couldn’t help but wonder what sort of person would choose to do a job like this?

And for some strange reason the image of the church underwater came back to me, and I knew I had both a name for my protagonist and an opening scene for my new thriller… 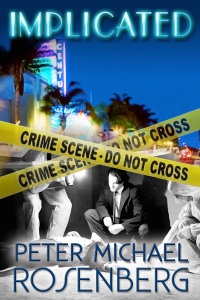 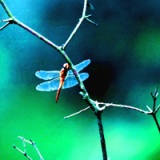